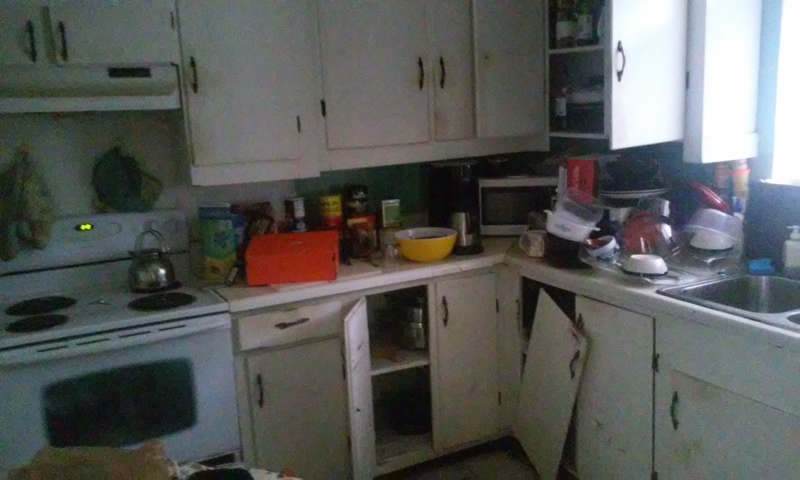 Worst Hoarder in Britain Lives in Van After Forced Eviction

Named the worst hoarder in Britain, Susan Ralphs (70) says she is now living in a van with her cats after cops and bailiffs came in and cracked down on her living situation.

A long-time resident of the Welsh mining town Blaenau Ffestiniog, Susan is no stranger to controversy mainly due to her hoarding which sees her every nook and cranny of her home piled high with belongings. According to firefighters, her home was not only a fire hazard but undoubtedly one of the worst cases of hoarding they had ever seen.

It was quite the incident with Susan resorting to barricading her home before finally letting bailiffs hired by the housing association into her home.

No Help from the Government

A retired artist and beauty therapist, Susan claims she is quiet and submissive spinster who has no history of drug use nor does she drink. She did, however, admit that she was suffering from a stroke of bad luck and has been failed by the system.

“No one is helping me.” She has been quoted.

Susan attributes her situation to several factors- one that she is suffering from post- traumatic stress disorder and has had a rather “tough” upbringing. Both of which signify mental health issues which are closely linked to hoarding tendencies. She also cites the fact that she had moved to her most recent home from a larger 5-bedroom house which is why she seemed to have more clutter than usual.

While admitting that she is a bit of a hoarder, Ms. Ralphs interjects that she is also really hygienic as well as a kind person that goes out of her way to be of help to others.

No Idea where to Call Home

As bailiffs moved out her possessions and changed the locks to her home, Susan has now moved into her van with all her cats with the concern that all her belongings will end up in the skip.

The situation has brought of a lot of trauma for Ms. Ralphs and she has gone on to say she wished there was someone to help her not get evicted.

In response, a spokesperson from the housing association Adra has stated that their main goal is to support and sustain all their tenancies and all other possibilities are considered in every difficult situation.

They only resort to taking legal action as the very final step.

In Susan Ralph’s case, the court decided the granting of possession was the right course of action.

Susan might be down but she is not out as she has stated that she doesn’t wish to be re-housed and has expressed her desire to get access back to her home- the home she has enjoyed for 4 years.

As her last resort, she has contacted MP Liz Saville Roberts for advice. MP Roberts has agreed to no one wants a 70-year old living on the streets and will do what she can so Susan gets her possessions back and get the help she needs.